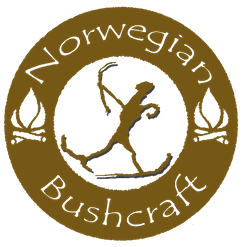 In 2011 Odd started up a YouTube channel about bushcraft and survival by chance. The purpose was to show some friends who lived far away how to set up a quick bivouac with a simple tarpaulin. The video file was too large to be sent by email, so Odd created a channel and posted it there. Suddenly the video had been seen 25 times -23 more times than Odd expected. The channel even had subscribers.

This gave the idea to share more tips and tricks publicly, to people he didn't know. In 2019, the channel had about 150 videos and more than 40,000 subscribers. The channel mainly shows things Odd experienced and learned through time, much of it from before he was even 15 years old. The YouTube channel was named Norwegian Bushcraft, and since then it has developed into a company with the same name. 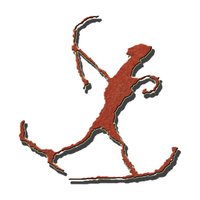 The logo is an upgraded version of a rock carving found in Alta. This has become a trademark of Norwegian Bushcraft

The YouTube channel NorwegianBushcraft contains videos about bushcraft and survival.

There is also lots of other information related to these areas that can be found in the videos on the channel.

Here are three examples of the kind of videos you will find on the YouTube channel: